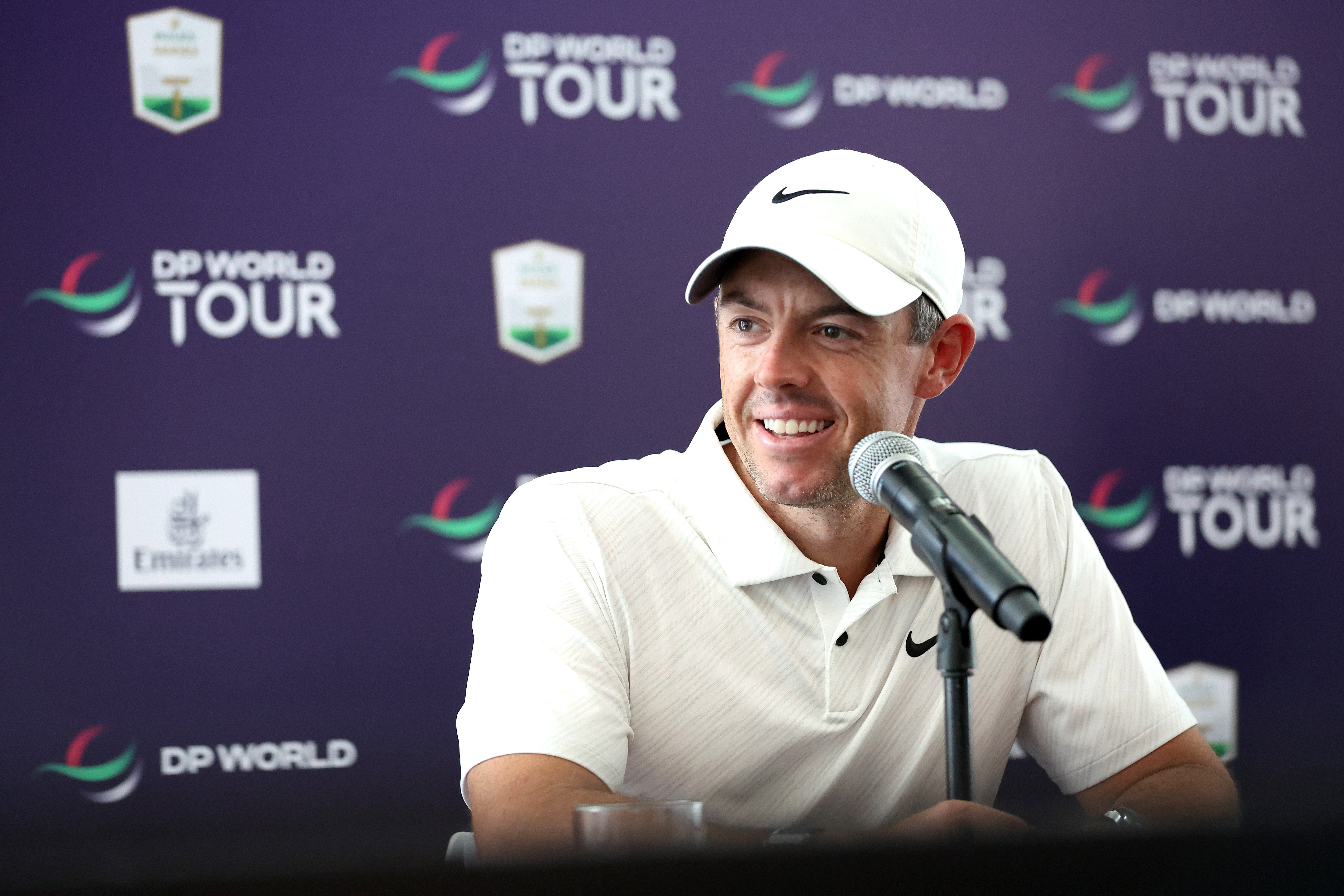 Tournament Preview Rory McIlroy hopes to end a memorable 2022 with a fourth DP World Tour Rankings victory as he leads the race for the Harry Vardon Trophy ahead of the DP World Tour Championship, Dubai, the final Rolex Series event of the season. Jumeirah Golf Estates has been a happy hunting ground for the Northern Irishman, who has won twice on the Earth Course and has finished top of the season-long standings on three occasions, 2012, 2014 and 2015. The 33-year-old faces stiff competition from a host of DP World Tour stars, as he holds a slender 128.1 point lead over Ryan Fox, whose incredible form during the season has yielded two victories and four runner-up finishes, most recently at last weeks Nedbank Golf Challenge.
Third on the DP World Tour Rankings is reigning U.S. Open champion Matt Fitzpatrick, who, like McIlroy, has won the DP World Tour Championship twice. His compatriot Tommy Fleetwood moved up to fourth after his victory at the Nedbank Golf Challenge and he heads into the week with the chance of winning the Harry Vardon Trophy for a second time.
Norways Viktor Hovland rounds out the top five on the DP World Tour Rankings, thanks in part to his maiden Rolex Series victory at the Dubai Desert Classic earlier in the season. The 25-year-old finished in a share of third in his first DP World Tour Championship appearance in 2020. Player Quotes Rory McIlroy: "I've had some success around here and I've had some great memories in Dubai in general. I've won four times across this tournament and the Desert Classic. It's a nice feeling to come back here and have a chance to win the season title. It's been a few years but sort of with my consistent play this year and obviously in the Majors and some of the bigger events, I find myself in a nice position. So yeah, nice to come in with not just one by two things at stake. I'm excited to get going. "It would be a really nice way to finish off the year. This is my last event of the season. I know some of the other guys will play in the Bahamas in a couple weeks in Tiger's event. I think the way I've played throughout the year, I've been so consistent, especially the last six or seven months post-Augusta. Matt Fitzpatrick: "I absolutely love this place. It's the best golf course that I play all year from a performance point of view against every other golf course I've ever played on tour. I love being back here. I have so many positive memories, and just having the confidence, knowing that the shots that I've hit here, and obviously won twice as well, so this is a place I love to come.
Tommy Fleetwood: "I think overall the overall feeling of last week was how much I enjoyed being back in contention coming down the stretch with Shubhankar and Ryan. I've said for a while that I feel like my game's been on the right track and I've been doing a lot of the right things. I've been driving it so much better. And if there's ever an example of where you have to drive it well, it's last week. "Nedbank already has such a special place in my heart, so it's just added to that now. And it was -- just overall it was great. Winning is amazing, and I don't do anywhere near as much as I would like to. So, yeah, I feel it when it does come around.
Viktor Hovland: "It's good to be back here. Last time I was here was COVID year, so not a lot of grandstands. So it's cool to come back and see the place a little bit differently. I think the course is in great. It's in great shape. I feel like my game has been trending in the right direction.
ENDS EUROPEAN TOUR GROUP COMMUNICATIONS Wentworth Drive | Virginia Water | Surrey | GU25 4LX | UNITED KINGDOM Tel: +44 (0) 1344 840400 | Email: Comms@europeantourgroup.com
Our Corporate Partners