The Course is a 9 Hole parkland course well maintained with hedges, dykes, avenues of trees and two ponds. It can be found on the bypass road around the Fen Market town of March steeped in railway history  including the location of one of the largest marshalling yards in Europe back in the 1940s. The Great Eastern Railway (GER) serving March was a railway group prior to the British Railway company, which was formed in 1923.  Coincidentally, the same year of 1923 that March Golf Club was also founded.

March Golf Club began in 1923 at Cavalry Barn Farm where three fields totaling 40 acres were rented from Mr. Frank Sole. The land was grazed by cattle so steps were over fences, greens were fenced off and fairways were only allowed to be cut periodically. The land rent was £20 per annum, membership 3 Guineas and Green fees for the occasional visitor was 2s. 0d. per day. The late Bill Randall of Knights End Road caddied for some golfers on this course and received 6d for his labours. 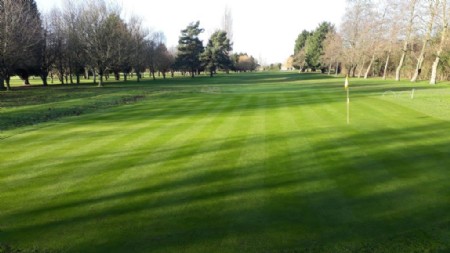