18 Hole Par69 Course, Practice Facilities, Swing Studio, Pro Shop
BURNLEY GOLF CLUB was founded in 1905 and was originally known as The Glen View Golf Club. The course was originally mapped out in 1905 by George Lowe the professional at Lytham St Annes. In 1908 the course was redesigned by Alec (Sandy) Herd, former British Open Champion.  In December 1929 the course was visited by James Braid, 5 times British Open winner and renowned golf course designer.  James Braid introduced three new holes, over thirty bunkers and several new tee beds and mounds. The local paper called it extravagant!  The layout of the course still remains the same after all this time, which is a testament to James Braid, who at the time said of the course; "In time it will become a course of distinction and will need little or no constructive alteration." He also went on to say that, "The course is beautifully situated, undulating but not unduly so."  Glen View is laid out on open moorland, but the water courses and terrain give the 18 holes variety and sporting character, all of which give strong appeal to golfers of all standards.
Burnley Golf Club at Glen View has two practice areas to help you to develop your golf swing.  One is situated adjacent to the club house car park and the larger one is accessed via Woodplumpton Road.  Both areas have a practice bunker and the far practice ground also has a practice green, ideal for honing your short game techniques.
We also have practice nets and a putting area, which are situated close to the club house. The Glen View Golf Academy Centre offers two large practice bays. There is also a swing room/studio area, available through booking, offering the latest in golf technology to assist with swing analysis, accuracy and distance. 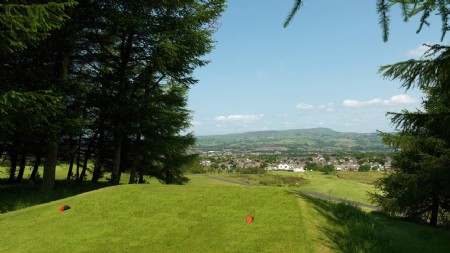