Effinghams classic, Colt-designed, 6800 yard course is set in 264 acres of picturesque, rolling chalk downs  and at up to 500 feet above sea level it has stunning views both north-west to the Chilterns some 40 miles away and sweeping northwards to the panorama of the dramatic London skyline.

The course is noted for the fine condition in which it can be found throughout the year. And its chalk subsoil ensures that course closures, and even temporary greens, are almost unheard of, regardless of rainfall levels.

The course comprises two well separated loops of nine holes  so balls from one fairway rarely find their way to another.

But far from resting on its laurels, Effingham has set about writing a glorious new chapter after using a trip back in time as the inspiration to complete a major renovation and upgrade of its classic course and club facilities.

The Club has recently invested a significant six-figure sum to return all the bunkers on its historic layout back to their original design. And while work has been taking place on the course, there have also been improvements off it as well, including the installation of a new golf shop, golf studio, buggy store and main entrance to its Georgian clubhouse.

The final phase of the ambitious project was completed in the spring of 2018 and at the heart of the renovation has been the transformation of all 75 bunkers on the par-71 layout, with the club working closely alongside acclaimed golf course architect Tom Mackenzie, from Mackenzie & Ebert, to enhance the original course created by Colt more than 90 years ago.

With the construction work expertly carried out by MJ Abbott, Mackenzie added: "When we set about redesigning the bunkering, we did a lot of historic research and looked at a lot of old photographs. That always provides the foundation for everything we do. For example, weve been able to reinvigorate the par threes at Effingham based on the historic photographs we looked at. We really have wound the clock back.

Effingham is another fine example of Harry Colts skill at laying out holes on hilly ground in a way that golfers find themselves at the top of the downs without feeling like they have played an uphill hole. The downland turf also makes it a true 12-month-of-the-year course.

Effinghams renowned championship course has held numerous high-profile events since opening, including hosting regional qualifying for The Open Championship from 2006 to 2010 and the Brabazon Trophy Southern Qualifier in 2014.

The club is set to enjoy further acclaim having been selected to host the 2019 England Golf Senior Mens County Championship Final and the PGA in Surrey Championship in July 2020. 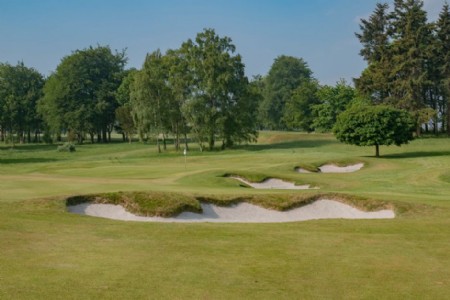