The Hawkstone estate was owned by the Hill family from 1556 and the monument which is the line for the tee shot on the 7th hole of the Hawkstone course was erected in 1795 to commemorate Sir Rowland Hill, the first protestant Lord Mayor of London.
The estate ran into financial difficulties at the end of the 19th century and in 1915 Hawkstone Hall and Hawkstone Park Hotel together with 1000 acres of parkland were purchased by Sir William Gray, a ship owner from West Hartlepool. The original nine holes were laid out for Sir William at the request of the young ladies in his family so they could amuse themselves during his long absences on business!
This new course, which was designed under the supervision of the first professional, Bert Sheppard, was opened on 1st May 1920 and on its foundation the Club became one of only eight which formed the Shropshire County Golf Union.
In 1930 advice was sought from James Braid who recommended improved bunkering and those on the Ice Valley second hole are reminiscent of the Braid trademark but his main legacy is the creation of the present Grotto Vale eleventh and The Moat twelfth holes to form a cross-over.
During the second world war part of the course was requisitioned for, first, American soldiers and, subsequently, German prisoners of war and their British garrison. Today, in very dry weather, the outline locations of a number of the huts can be seen across the 3rd, 4th and 5th fairways of the Hawkstone course.
In 1955 Alex Lyle came to Hawkstone as the Club's Professional and Head Green-keeper and it was Alex, almost single handed, who restored the course to its pre-war condition. Hawkstones most favourite son is, of course, Sandy the son of Alex & Agnes who at just 12 years of age won his first senior competition, became Open Champion at Royal St. Georges in 1985, won The Masters at Augusta in 1988 and has graced the world's golfing stage for many years culminating in his induction into the World Golf Hall of Fame in 2012.
In 1967 a syndicate of twelve local businessmen acquired the estate and in 1975 the short and tight par 66 Weston course designed by Alex Lyle was opened but under the ownership of the Barclay Brothers this was rebuilt as the Windmill course to the design of Brian Huggett and opened on the 1st May 1995  75 years after the opening of the Hawkstone course. Subsequently, the course, while unchanged, was renamed as The Championship course.

The complex at Hawkstone has been in private ownership since June 2016 and the Club looks forward to building a close working relationship with the new owner.

Both courses are superbly maintained and there can be few more beautiful places in which to play the game of golf in the UK! 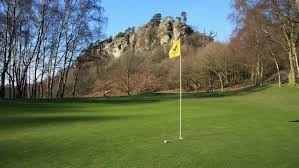