Boasting two unique courses, The Championship Links & The Warren, Littlestone GC offers our members & visitors the chance to play their golf on superbly presented &  managed links courses. Both cared for by the same team of excellent greens staff & both sharing the same stretch of Romney Marsh land, they offer two unique golfing experiences for lovers of the game.

The courses are laid out on the natural undulating links land between the famous Romney Marsh & the English Channel in the South East corner of Kent.

​The coastline enjoys a unique microclimate that makes it one of the driest places in Britain.

Littlestone Championship Links is recognised as being one of the top 100 courses in England & one of the top Links courses in the whole of Great Britain & Ireland, indeed a report by Alistair Beggs, STRI Agronomist & advisor to the R & A, states that the greens are 'magnificent & they are some of the best examples of firm, true & well paced putting greens in the UK'.  Founded in 1888, it has hosted many major championships & has a long and distinguished history. The Club is once again justifiably proud that it was chosen as a final Qualifying course for the 2011 Open Championship.

Littlestone Warren offers a shorter but no less challenging game. Offering both Pay & Play & membership opportunities, it is a popular destination for golfers of all abilities. Extended from its original 9 hole layout in 1993 to a full 18 holes, it is a naturally rugged link which is attached to the Championship Course.

Set on the edge of the famous Romney Marsh, this stretch of coastline enjoys a unique micro-climate which makes it one of the driest spots in Britain. The resulting terrain offers hard and fast fairways that are beautifully defined from natural dunes, thick rough and classic links bunkers. Sweet, accurate ball striking and a clever game plan are pre-requisites to a good score.

Maintained to the highest possible standards all year round, Littlestone Warren boasts superb practice and teaching facilities that include a driving range as well as two short game practice areas. 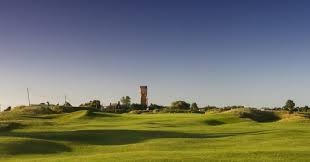