Dunkeld and Birnam Golf Club, is situated in Highland Perthshire. The club was originally constituted in 1892, and the original course was designed by the legendary Old Tom Morris and situated in the village of Birnam.

The current course is often regarded as one of the most picturesque golf courses in Highland Perthshire. Officially opened in 1922 by Her Grace, The Duchess of Atholl, the course has a magnificent heathland setting on a hillside above the historic town of Dunkeld.​  The passing decades have seen many improvements made whilst retaining a unique local character. 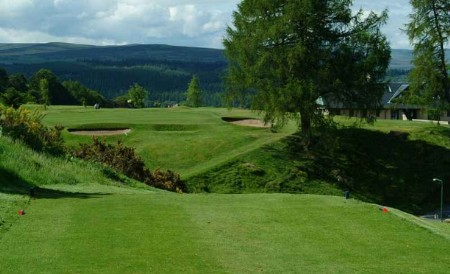