Back in the mid 1980s Brian Turner, a Canadian entrepreneur, had the idea of creating a superior golf complex on what was then the Little Horsted Estate in East Sussex. So successful was his vision that East Sussex National was soon recognised as one of the premier golf venues in Europe.

Robert E Cupp, an American course architect who was regularly hired by Jack Nicklaus, designed the 2 courses together with the 3 hole academy course with USGA specification which provides excellent drainage and putting surfaces that would match any of the major championship courses. To compliment the outstanding quality of the courses it was necessary to build a luxurious clubhouse with facilities that gave the complex the touch of class it deserved.

Since opening, the club has attracted a host of championships, which include the European Open in 1993 and 1994, 5 European Challenge Tour Events, 4 PGA European Tour Qualifying Schools between 1994 and 1997 plus numerous other golf tournaments, including Open Qualifying and the Sky televised, 2016 PGA European event. Some of the worlds greatest golfers have taken up the challenge set by Robert E Cupp including the likes of ViJay Singh, Ernie Els, Sir Nick Faldo and Colin Montgomery together with the 2005 Ryder Cup Captain, Ian Woosnam.

Both courses have remained largely unchanged and all 36 holes are unique in their design, no two holes look or play the same, a great visual and golfing challenge. Playing East Sussex National is a truly memorable experience.

The East Course is a 7,081 yard stadium layout, designed for tournament play. It has been the setting for many important UK & international tournaments, notably the European Open Championship on two occasions. 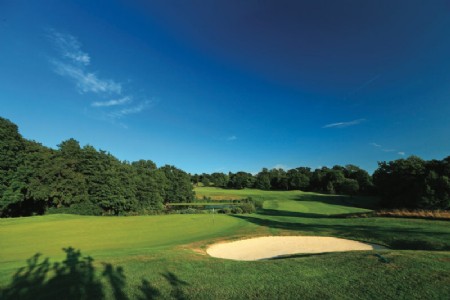