Boughton Park is the setting for Worcester Golf & Country Club and the surrounding landscape provides an area of scenic beauty with wonderful views of the nearby Malvern Hills.

The golf course was designed in 1927 by Dr Alister Mackenzie, who went on to design The Augusta National course in Georgia USA, and several other prestigious courses worldwide. These include Alwoodley and Moortown Golf Clubs near Leeds and the West Course at Royal Melbourne Golf Club in Australia.

The parkland course, which is only a few minutes from Worcester City Centre, measures 6251 yards and features long narrow greens which provide a good test of accuracy for golfers of all standards. Failure to hit the greens will definitely test the short game abilities.

The golf course at Worcester Golf & Country Club was designed in 1927 by arguably the greatest golf course designer the world has ever known, Dr Alister MacKenzie; his nickname simply The Course Doctor. Born in Yorkshire of Scottish parents in 1870, he went on to be a medical student at Leeds University, but he soon realised that his vocation in life was golf course design.

Dr Alister MacKenzie was a founder member of Alwoodley Golf Club in Leeds. This was also the first golf course that he designed in 1907.

Other courses followed - Moortown, Headingley, Cavendish, Sitwell Park and Hadley Wood to name only a few. In 1926 he designed Royal Melbourne in Australia. In California amongst his great achievements were Cypress Point (1928) and Claremont (1929). The last great course that he designed was the Augusta National, home of the US Masters in 1934. Sadly in the same year he died in California aged 64.

The parkland course measures 6251 yards and features long narrow greens which provide a good test of accuracy for golfers of all standards. Failure to hit the greens will definitely test the short game abilities. 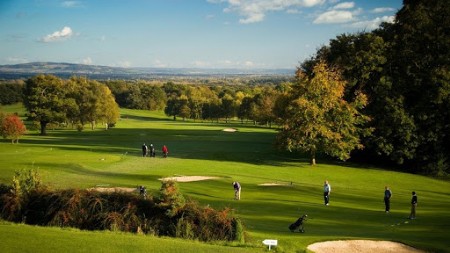