Cavendish is recognised as one of the finest golf courses in Britain offering a great golfing experience for all.

Situated in Buxton, Derbyshire, Cavendish was opened in 1925 and designed Dr Alister MacKenzie, whose list of courses includes the  iconic Augusta National, Home of the Masters. Cavendish is regarded by experts to be MacKenzies Inspiration for Augusta and its easy to see why. With undulating fairways, sloping greens and well thought out hazards, there are many holes at Cavendish that definitely mirror  many of those found at Augusta National.

Cavendish has been voted as a Top 100 UK Golf course for the past 4 years, and was voted as a Top 100 Fun Course to play  in 2018. Cavendish is thought by many to be quite possibly the best layout in the world under 6000 yards, offering sheer golfing enjoyment.

Created by Dr. Alister MacKenzie and opened in 1925, Cavendish is one of over 100 golf courses around the world that he helped to design. Particularly notable among these are The Augusta National and Cypress Point in USA, Royal Melbourne in Australia and of course, Cavendish, here in Buxton.

In 1923 the Duke of Devonshire requested MacKenzie to design an 18 hole golf course in Buxton and the link with the Cavendish family has remained to date. The course has retained virtually all of the features present in MacKenzies original design, making full use of the natural features and providing a true test for golfers at all levels of ability. Not long by modern standards, it requires accurate play to the demanding greens, which have left many visitors longing for a return to our exciting course.

Cavendish exemplifies MacKenzies belief that "length has nothing to do with the quality of a hole.

The abundance of wildlife such as buzzard, sparrow hawk, kestrel, deer and hares can be a distraction even to the most focused player, but we believe that it adds to the experience of playing in this quiet, private area of Buxton. 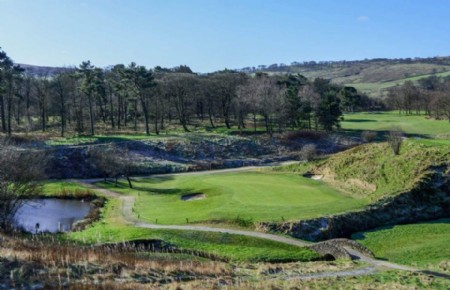